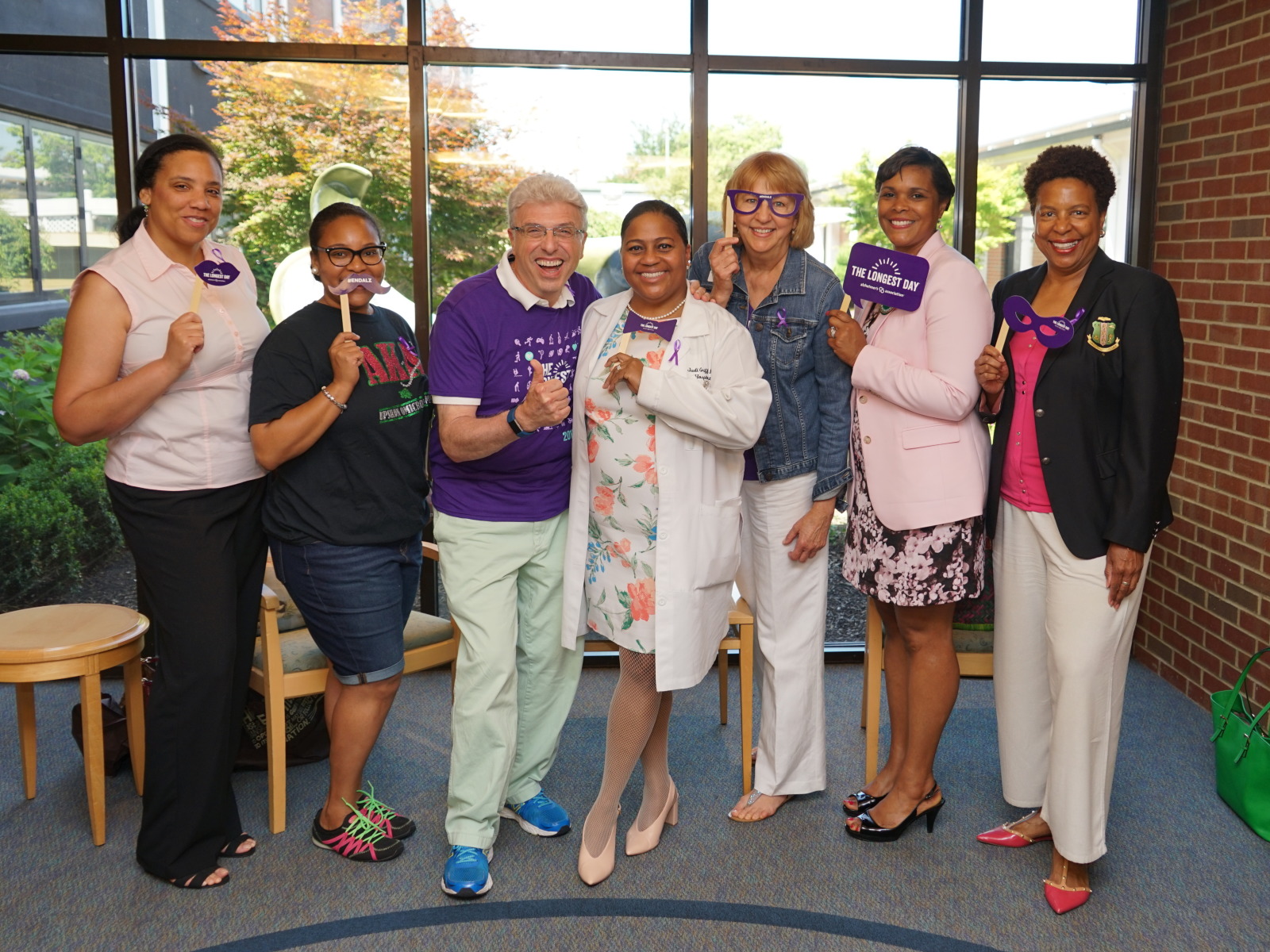 The first day of summer, June 21, has been adopted as Alzheimer’s Awareness Day, also known as “The Longest Day” and is a time of love for anyone affected by Alzheimer’s disease, including their families and caregivers.

According to Dr. Judi Griffin, a Hospitalist at Lake Taylor and a AKA sorority member, “Alzheimer’s disease effects the brain causing problems with memory, thinking and behavior. It is NOT a normal part of aging. Alzheimer’s disease is one of the fastest growing health challenges among all people but is more prevalent in the Latino and African-American partially believed to be due to vascular disease.”

AKA was first African-American sorority formed on the campus of Howard University in 1908 and whose mission is ‘To be of service to all mankind.’ “For this target day, we are pleased to distribute these caregiver survival kits to acknowledge the staff here for their work with Alzheimer’s sufferers and to thank them for their kindness and care.” Dr. Griffin explained.

A poem describing the ingredients was attached to each kit:
Life Saver – to remind you of the many times you’ve been one;
Starburst – for that burst of energy, you’ll need;
Paper Clip – to help hold it all together;
Hershey Kisses – because you deserve them from all;
Rubber Band – to remind you that flexibility is the key;
Peppermint Patty – to help you keep your cool;
Snickers – to remind you that laughter is the best medicine;
Matches – to light your fire when facing burnt out; and
Tootsie Roll – to help you roll with the punches. 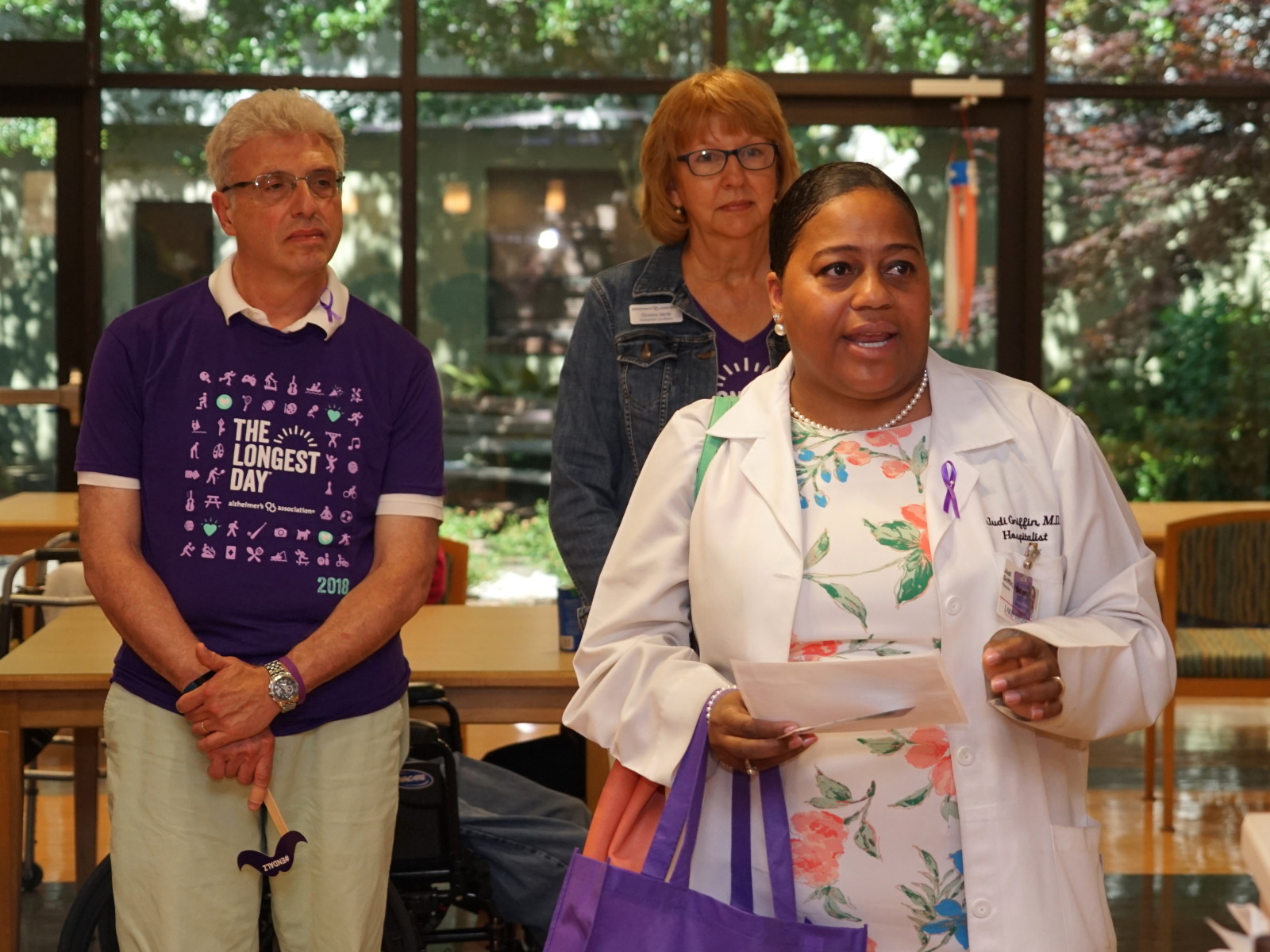 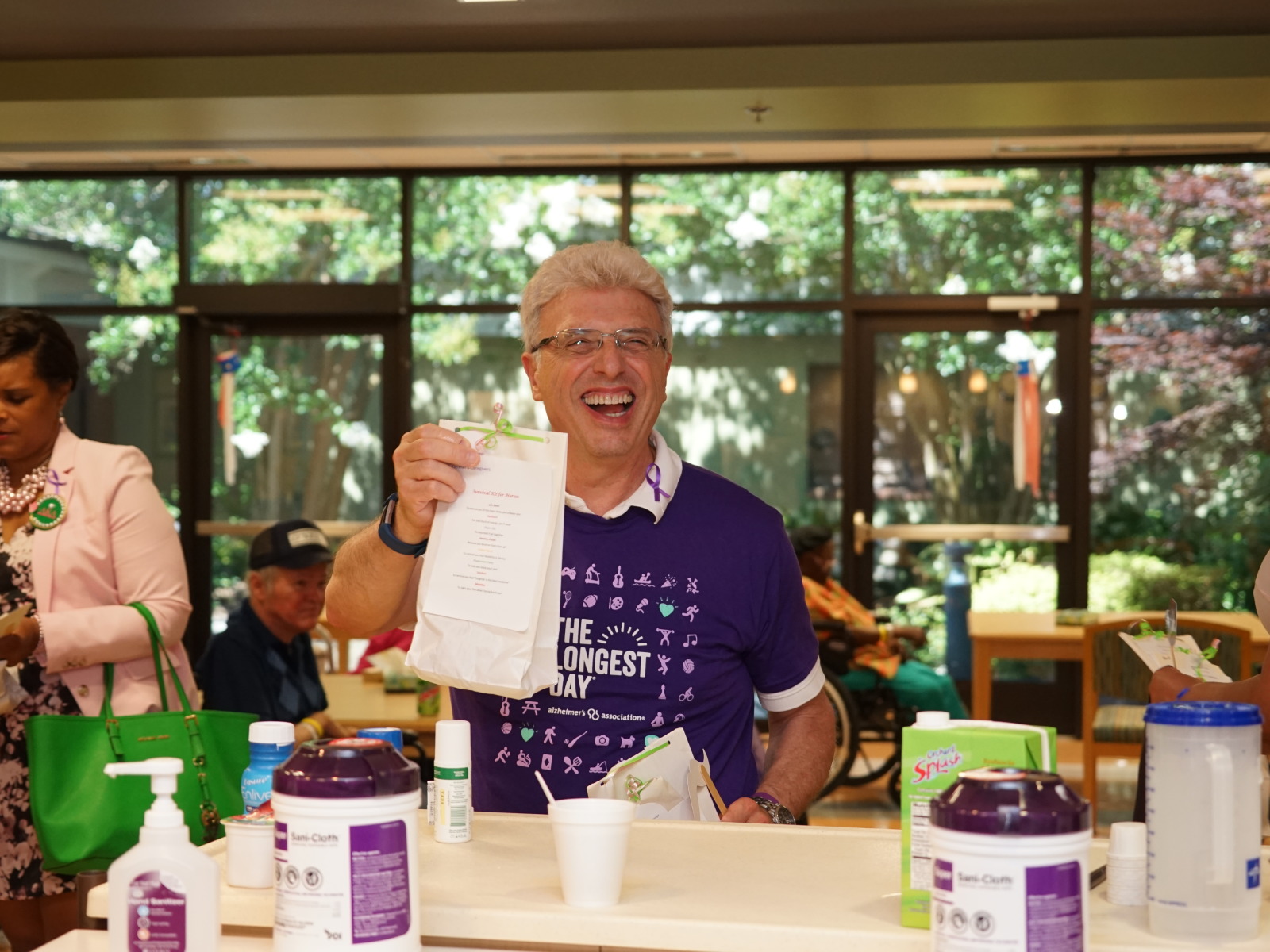 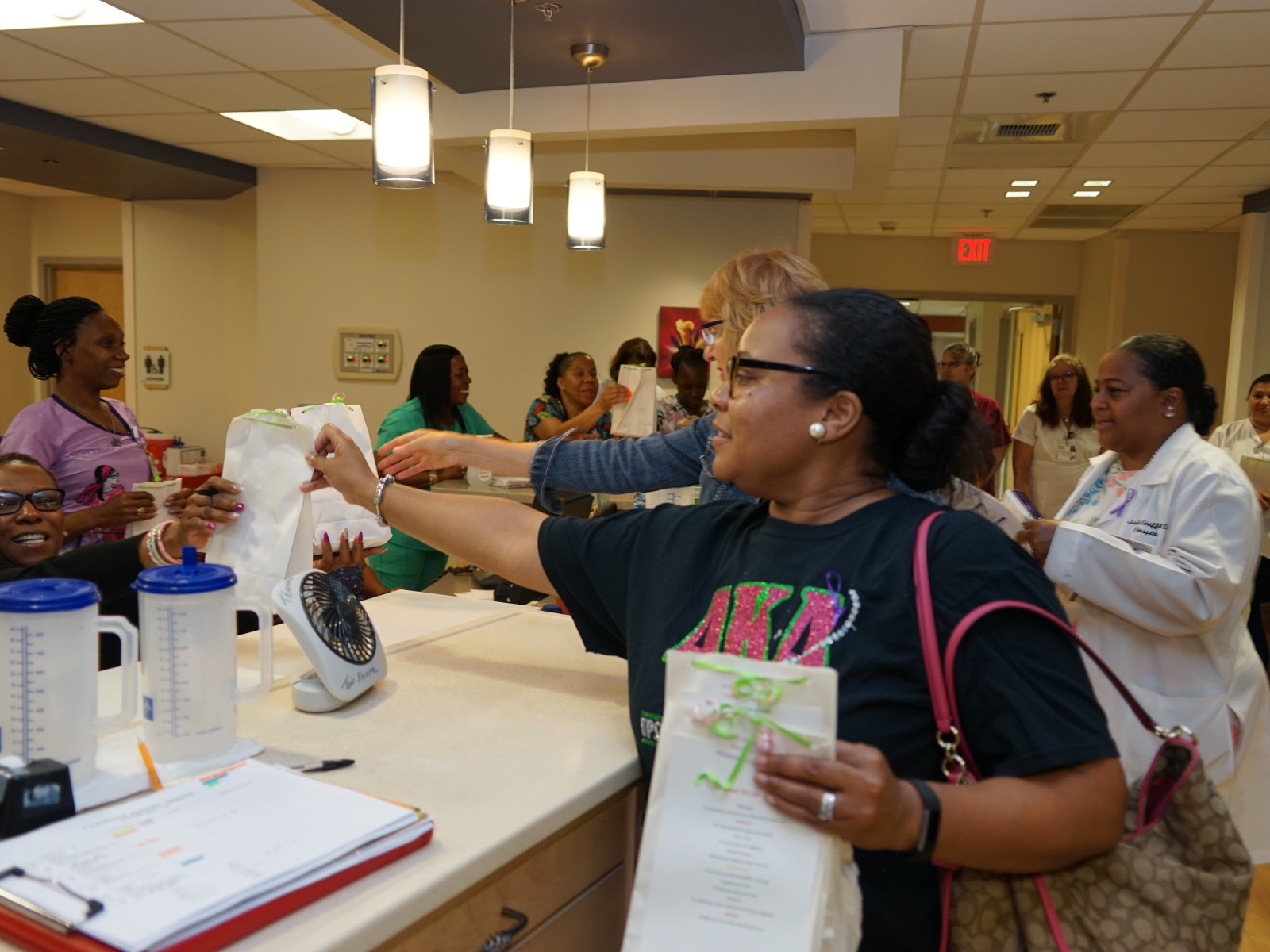 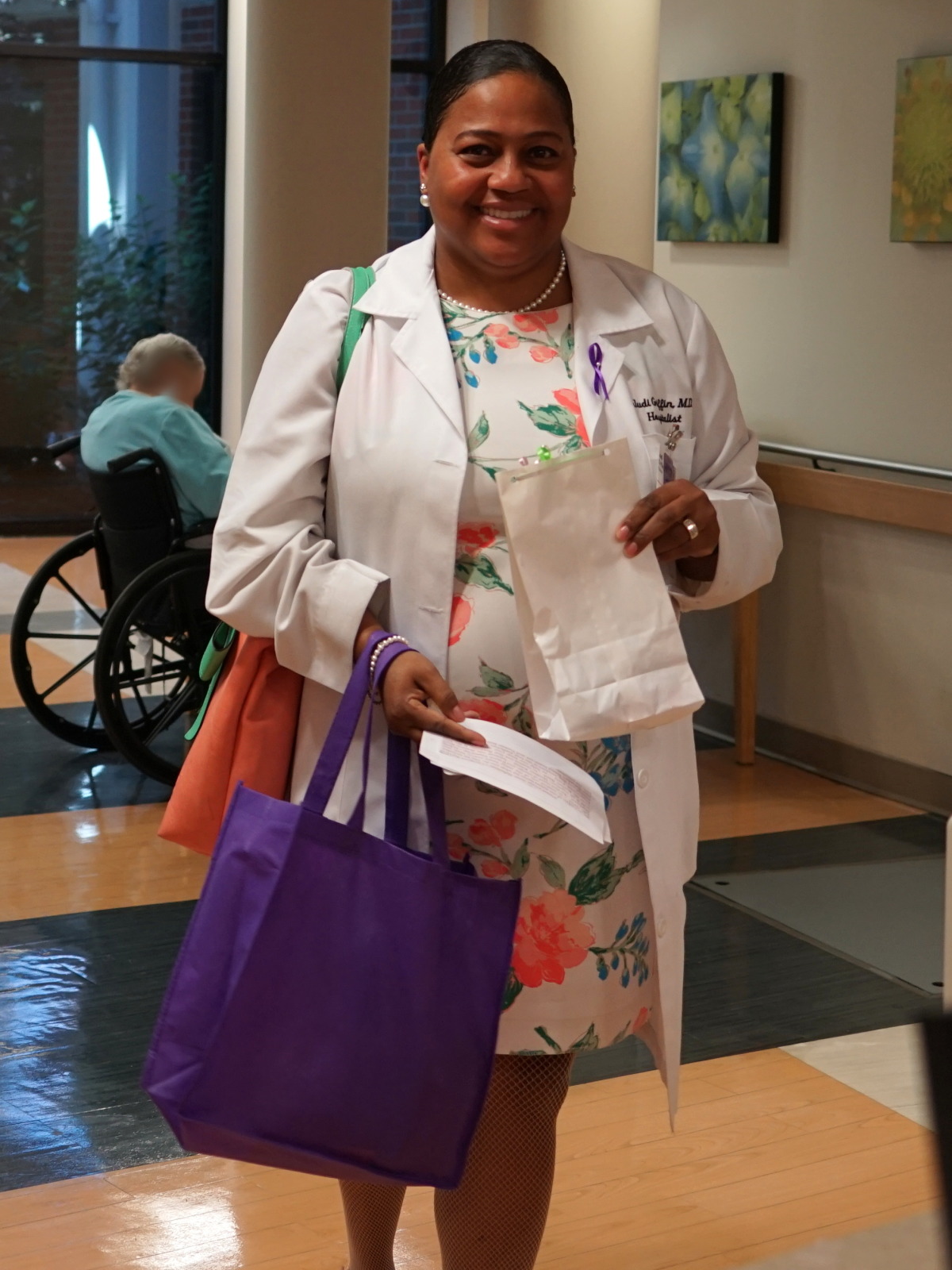 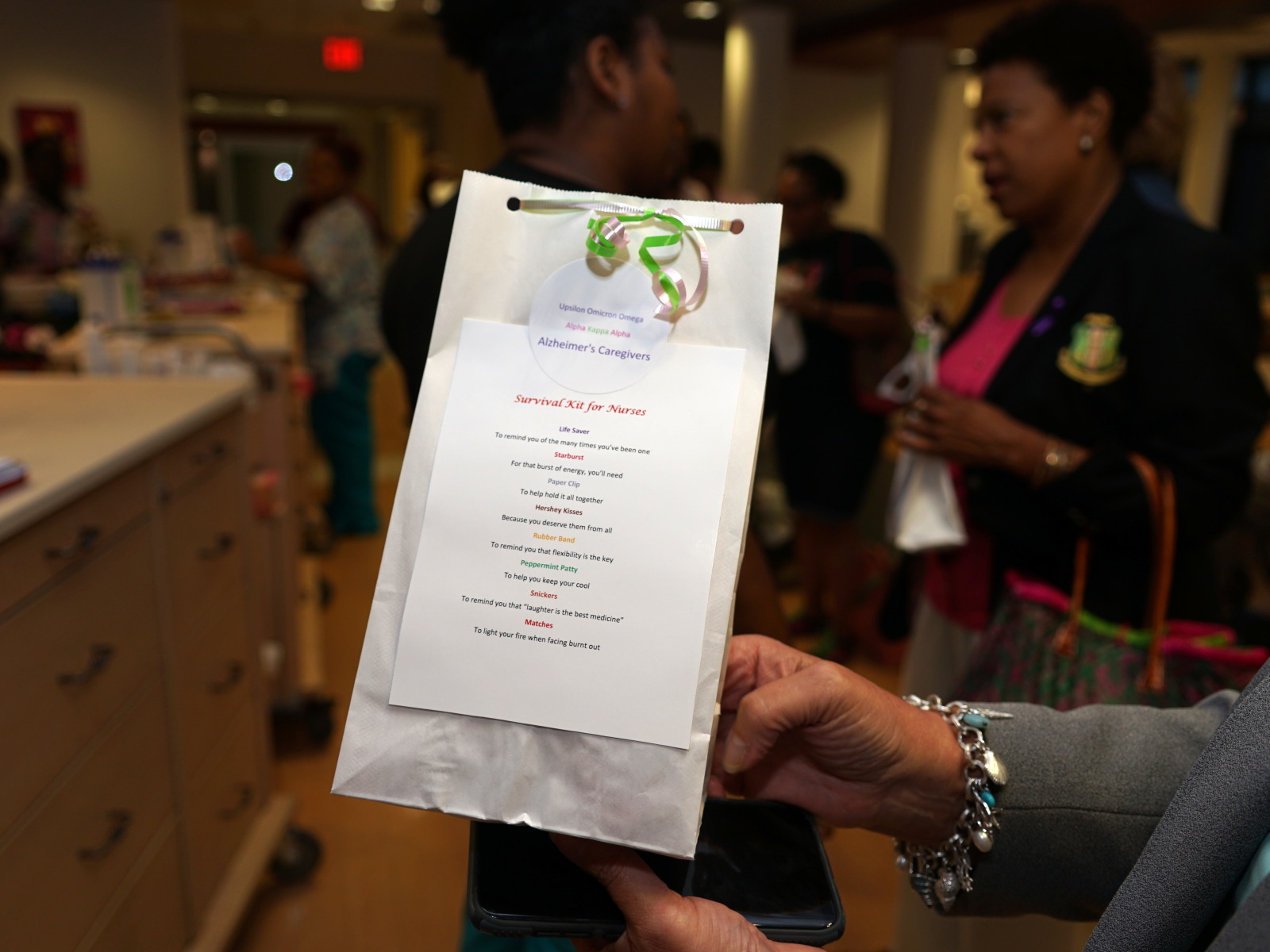