Lake Taylor Featured in the “Top Hospitals & Healthcare” for Rehabilitation 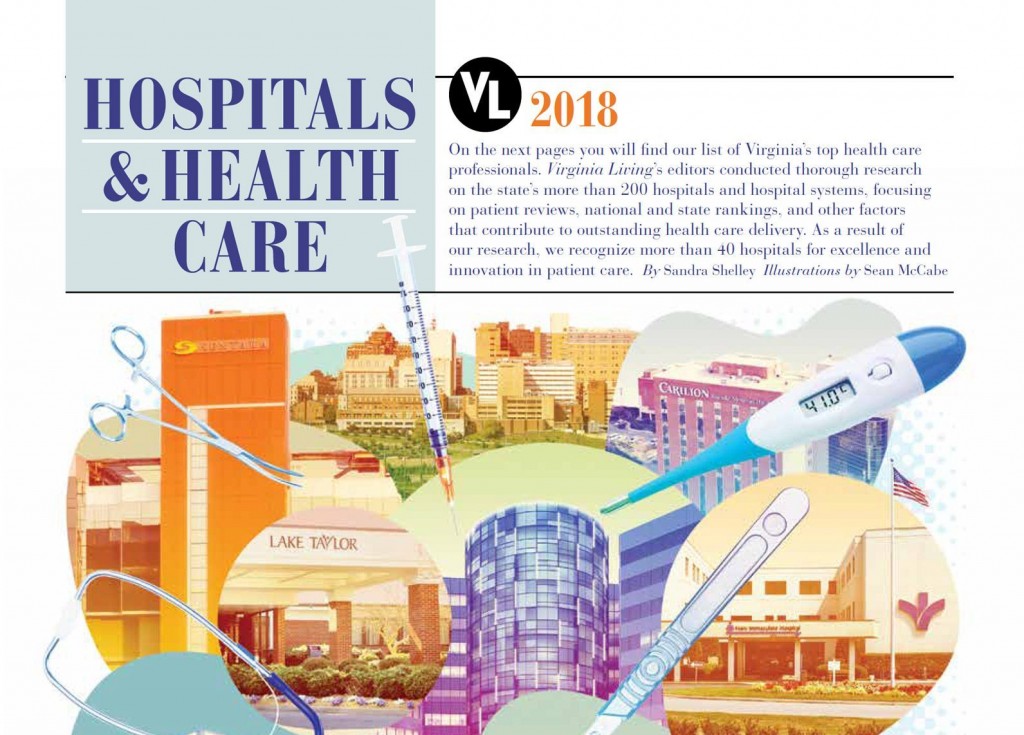 Lake Taylor Transitional Care Hospital will be featured in the December issue of Virginia Living Magazine for “Top Hospitals & Healthcare”!
The issue will be out on news stands mid-November. Read the full article below: 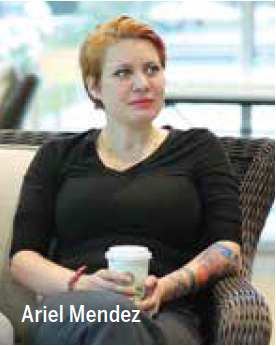 At first, Ariel Mendez’s doctors thought she just had the flu—then things quickly went downhill. “I just started feeling worse and worse,” recalls Mendez of her illness, which began in June 2016. Unable to even swallow water, she visited the emergency room and went home with a diagnosis of dehydration. “When I woke up the next morning, I couldn’t move.”

All but immobilized, the 22-year-old Navy sonar technician was admitted to Portsmouth Naval Hospital, where doctors finally zeroed in on her mysterious ailment: Guillain-Barre syndrome, a rare disorder in which the body’s immune system attacks the nerves—the same affliction that Dallas Cowboys’ center Travis Frederick is now battling. The disease is characterized by rapid onset muscle weakness and tingling.

Mendez spent eight weeks in the ICU, undergoing a tracheotomy so she could breathe with the assistance of a ventilator, with feedings through a PEG tube in her side. Unable to move or talk, “I was kind of stuck in my own little box, where I couldn’t tell people how I felt. I couldn’t tell people, ‘I’m in pain.’ I could just make little noises and widen my eyes.” As a person who values her independence, she found reliance on others difficult.

She was moved to Lake Taylor Transitional Care Hospital in Norfolk. After about a month and a half under the care of the respiratory and other teams at Lake Taylor, she had progressed with her swallowing and breathing enough to be placed on a Passy-Muir valve, a device that enhances speak-ing and could be attached to her ventilator. She recalls the moment she began to speak again. “I cried,” she says. “It improved my quality of life at that time so much.” 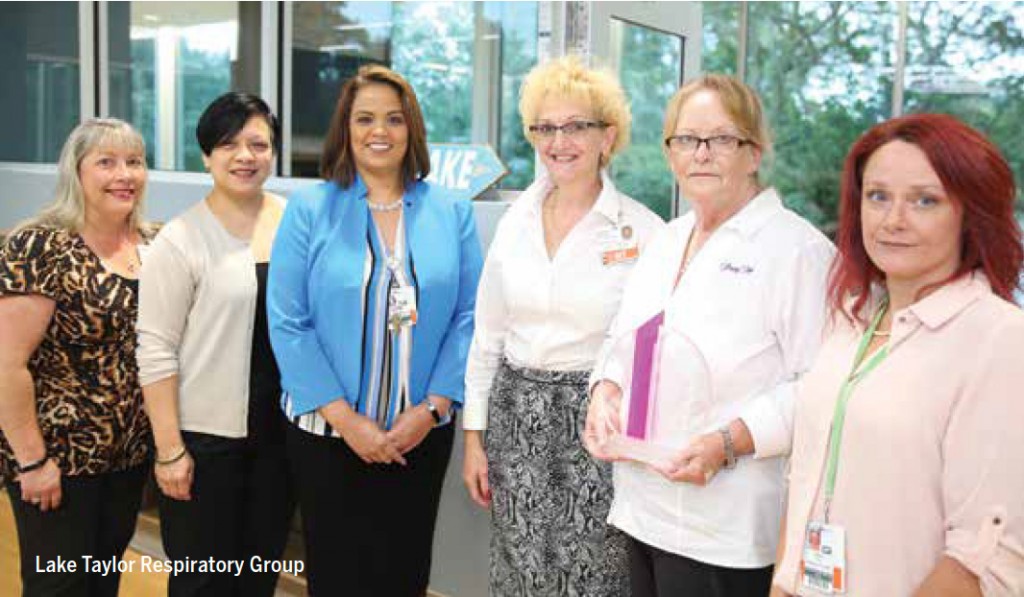 In September 2017, the long-term subacute hospital was recognized as a Center of Excellence by the makers of the Passy-Muir valve—one of only 14 such centers in the world. “The Passy-Muir is our best option because generally patients do not have any increased work of breathing while they’re using the valve,” says Mil-lie Zanders, the hospital’s director of respiratory. With about 50-60 ventilator and 14 trach collar patients on any given day, Lake Taylor “is one of the largest trach/ventilator-devoted facilities in this area.” The staff is committed to improving the quality of life for its patients through state-of-the-art technologies. In September, the facility acquired seven Ventec VOSCN Ventilators, a combination ventilator, nebulizer, oxygen concentrator, cough assist, and suction machine. It’s one small box “instead of 10-15 machines,” says Zander, and will allow the facility to take ventilator patients on outings.

Equally important to Mendez’s rehabilitation were the nursing and rehabilitative care teams at Lake Taylor. “They were amazing,” says Mendez. “They all made sure that I was comfortable and just went out of their way to make sure that things were going well for me.”

Recovering her speech set Mendez on a course for further recovery. No longer on a ventilator, she can now talk, breathe, eat, and even walk on her own. While she says she still has some challenges ahead, she’s back at home and improving each day. “We’re very thrilled about Ariel. Most of our population is older adults, so getting someone in who’s 22, who was diagnosed with Guillain-Barre, it’s heart wrenching to watch,” says Zanders. “We were really inspired by her enthusiasm and her willingness to do whatever it was that she needed to do to get better.”