LTTCH promotes a drug free workplace through its “Drug, Alcohol and Other Prohibited Items: policy. Applicants, employees and other covered persons are subject to the provisions of this policy, including drug testing as a pre-employment requirement.

DESCRIPTION:
The Floor Team Specialist performs routine floor care, including, but not limited to scrubbing, refinishing and buffing of floor surfaces. Duties are performed under direct supervision and subject to inspection by the Director of Environmental Services.

1. Maintains all floors, i.e., stripping, refinishing and daily maintenance of various floor types and surfaces;
2. Insures that all entrance ways are clean and that they are maintained;
3. Follows cleaning procedures in a safe manner;
4. Completes all assignments as scheduled;
5. Maintains equipment in good working condition and returns it to the proper storage location after use;

LTTCH promotes a drug free workplace through its “Drug, Alcohol and Other Prohibited Items: policy. Applicants, employees and other covered persons are subject to the provisions of this policy, including drug testing as a pre-employment requirement. 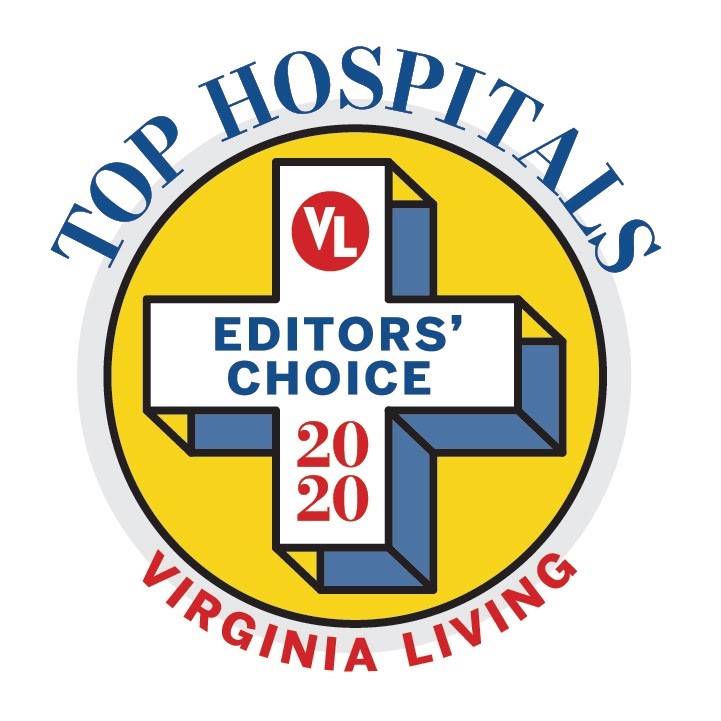 Featuring medical programs across the state doing cutting edge work on everything from cardiac care and oncology to coronavirus treatment and research, the Top Hospitals 2020 list includes 49 healthcare centers in Virginia boasting some of the best doctors in the country.

The editors of Virginia Living examined the state’s hospital systems to recognize top medical centers in the Commonwealth, including a list of the hospitals’ specialties to help readers choose a local facility best able to treat specific symptoms.

Lake Taylor would like to thank the Virginia National Guard soldiers and airmen of the 34th CERFP who recently visited our facility on July 9. This Point Prevalence Sampling was part of the phase that all Nursing Facilities must transition through according to Governor Ralph Northam’s reopening order.

Virginia’s emergency declaration on March 12, 2020 activated the VNG and authorized personnel to go on duty to support COVID-19 response operations. Since May, this unit has been all over the Commonwealth conducting similar testing events at over 200 other facilities like Lake Taylor. 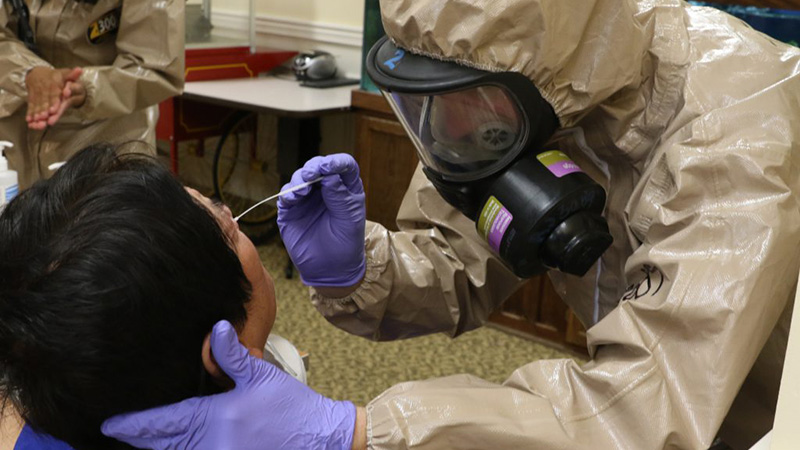 National Guard personnel assigned to this duty have extensive experience with the proper employment of PPE and operations involving hazardous materials and health protection protocols. Assisting the Virginia Dept. of Health and regional health district testing coordinators, the CERFP has performed or scheduled testing at 245 of the nearly 400 skilled nursing and alternate care facilities.

By AMY POULTER | THE VIRGINIAN-PILOT

NORFOLK — The best songs are the ones that tell unknown stories. Explorations of the human experience through both pure joy and utter despair.

Thanks to a new initiative from Tidewater Arts Outreach, four local bands and musicians will each debut a new song in a livestreamed event this weekend that shares the stories of four women who have overcome life-threatening illnesses, dealt with abuse or braved moving to a new country alone.

This Saturday at 5:30 p.m., TAO will stream their “Once More” event from the organization’s Facebook page, an event that will showcase music’s ability to heal and, in this case, strengthen community bonds.

TAO’s mission, Executive Director Reese Beeler said, is to “bring the arts to people who live in isolating circumstances,” like retirement communities and assisted living facilities.

“We mostly work with seniors,” Beeler said. “And they have these really great stories of lives really well-lived.”

Why not have area musicians write songs about that, Beeler thought. The plan was to enlist songwriters and pair them with seniors who were willing to share the details of their lives and hope that soul-stirring songs would be the end result.

It worked. So well, Beeler said, that she plans to make the program a yearly occurrence.

“There was no real scientific method to pairing everybody. We crossed our fingers and hoped that everybody we paired up were different enough to make it really interesting,” Beeler said. “We didn’t want to pair anyone with someone who was just like them. We wanted everyone to step outside of themselves just a little bit.”

Four women living in area communities and facilities volunteered to spill it all to their paired songwriters.

Michelle Lusson, a real-life princess who once dated quirky folk musician Cat Stevens, sat down and bared her soul to R&B artist Billy Mercury. Jazzy space-funk rockers Paper Aliens met with Carmen Chacon, who defied doctors who told her she had only weeks to live and moved from Puerto Rico to New York City as a young girl.

Folk singer/songwriter Logan Vath penned a song about Beatrice Glass, who has persevered through enough to break anyone down and raised children and grandchildren through it all. And self-proclaimed “karaoke queen” Brenda Perry paired up with indie-folk sisters Fox and the Bear.

When Mercury met Lusson for the first time this spring, he said he “felt a really familiar cool vibe,” like the two had met somewhere before. Lusson told Mercury about her life as a princess, dating Cat Stevens, having a twin sister, serving as a pastor for a decade and overcoming a stroke.

“And after that, her outlook was just … Some might say they’re dealing with a crisis, but she took it as an opportunity to slow down and start listening,” Mercury said.

She looked at the opportunity as a blessing, he said, and that was overwhelming and made it somewhat difficult to narrow down what his song would be about initially.

“It was a lot to put into a song, but ultimately I really wanted to focus on her idea that everybody and everyone in the world is dealt universal love and how we have to spread that love while we’re still here,” he said.

The two bonded throughout the experience and refer to each other as twin spirits now, Mercury said. Lusson taught him that even during times like these, with a pandemic and civil unrest raging on, “we need to bring more light to the world.”

Singer/songwriter Jarvis Griffin, who sings lead vocals for Paper Aliens, had a similar experience hearing the details of Chacon’s trials and triumphs. Before Chacon even spoke, Griffin’s creative wheels were already in motion.

“She walked into the room wearing this vibrant yellow color, and her personality matched it. Just very vibrant. And Puerto Rico, where she’s from, has this national bird whose feathers are that same vibrant color,” Griffin said.

Heritage was incredibly important to Chacon, he said, so the band knew the base of their song would be derived from that pride.

Chacon’s mother moved the two to New York City when Chacon was just a young child. The two were alone and didn’t have a support system in the United States, but made it work in the big city anyway.

Later in life, Chacon was diagnosed with an illness and told she only had weeks to live.

“But she healed miraculously and devoted her life to Christ,” Griffin said. An artist herself, Chacon began playing worship music on her guitar and became a worship leader, teaching children about faith.

“She hadn’t played in a long time, but she picked it up and remembered the feel of it,” he said. “It was like watching her see an old friend.”

She sang for the group, too, and Griffin described that moment as hearing someone sing with their whole heart.

What mattered most to him about the song was letting Chacon know that she was appreciated, valued and that her story matters.

Earlier this week, each performer met with their muse virtually in a Zoom conference to unveil their musical creations.

Beeler said Sway Creative Labs, a Norfolk-based creative agency, helped to capture those moments by recording the songs and creating a website for the program.

Mercury said sharing his song with Lusson was nerve-wracking.

“I know how to channel myself through my art, but telling someone else’s story was so different. But Michelle, she really enjoyed our song,” Mercury said, his sense of relief palpable over the phone. “She told me I couldn’t see it, but she was tapping her feet the whole time.”

In conjunction with Saturday’s event, TAO is also hosting an instrument art auction via eBay, where you can bid on hand-painted instruments, music-inspired artwork and even an acoustic guitar covered with Bruce Springsteen photos and tour memorabilia. Those items can be found by visiting ebay.com/usr/tidewaterartsoutreach.

Tune into the event stream on Saturday by visiting Tidewater Arts Outreach on Facebook at facebook.com/tidewaterarts. For more info about “Once More,” visit oncemoretao.com.